Library Browse THE FALL OF LIGHT 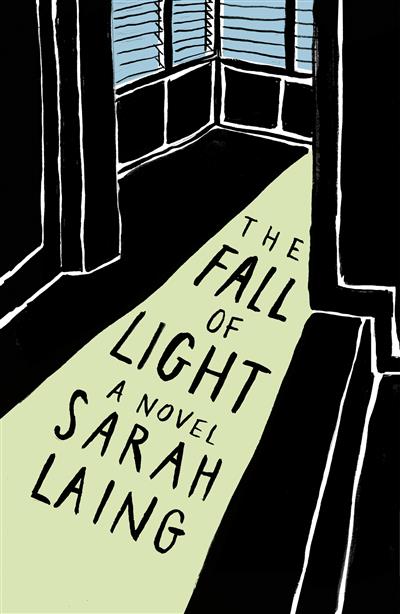 The Fall of Light

Loading...
An excitingly contemporary and innovative blend of a beautifully written novel with graphics. Rudy is a successful architect, but life is not as happy as it should be. His work View more
Save for later

Sarah Laing is a fiction writer and graphic artist. Born in Urbana-Champaign, USA, in 1973, and raised in Palmerston North, she studied at Victoria University, and worked as a graphic designer in Wellington and New York City. She won the Sunday Star-Times Short Story Competition in 2006, and has since published a short story collection, Coming Up Roses, and a novel, Dead People's Music. Of the latter, a reviewer on Radio New Zealand National said, 'It's wonderful . . . fantastic . . . it's one of the best first New Zealand novels I have ever read. [The places are] very vividly drawn . . . it's a marvellous journey that [Rebecca] goes on . . . This is clever, clever writing, strong characters, wonderfully evoked setting and I highly recommend it.' Laing was a Michael King Writers Centre Writer in Residence in 2008, and was awarded the Buddle Findlay Fellowship in 2010. The Press identified Laing as 'our next great short-story writer . . . a real talent . . . a writer of intelligence and wit', and in The New Zealand Listener, Paula Morris wrote 'the verve and clarity of the writing in Coming Up Roses, along with the wry, offside skewness of many of its stories, reminded me of reading Emily Perkins's first book'. Maggie Rainey-Smith, reviewing Dead People's Music on Beattie's Blog, wrote, 'Think somewhere between Zoe Heller and Zadie Smith. It is a book that takes itself seriously while being witty and insightful, tender and scathing, smart and innocent, fast-paced and even a little bit disgusting ... The prose is utterly confident and never seems to falter.' Laing is also a talented illustrator, and is acquiring a reputation as a graphic artist and cartoonist, publishing her quirky images in such publications as Metro, Book Notes and Little Treasures, and on her popular blog. She illustrated Paula Green's collection of poems for children, Macaroni Moon. The Fall of Light, publishing in 2013, is a traditional novel but with graphics.
Close